Skip to content
Home Street Sheet > Uncategorized > A West Side Story: Richmond and Sunset Gentrification On the Rise

Past the bustling streets downtown and the hip young neighborhoods surrounding Divisadero, there lies a quiet, oft-overlooked section of San Francisco. The city’s westernmost borders are home to two of its largest districts: Richmond and Sunset. Sandwiching Golden Gate Park, the Richmond District is located directly north of the park, while the Sunset District lies just south.

Both neighborhoods were originally an expanse of rolling sand dunes and wild wasteland. First developed in the late 1800s, it wasn’t until after the 1906 earthquake that the areas became fully developed due to the need to provide replacement housing. Today, both the Richmond and Sunset are known for being mostly residential neighborhoods, where one can still find reasonably-priced living spaces. Serene, laid-back, and foggy, the two districts have enjoyed a peaceful existence, seemingly untouched from the gentrification wars that have plagued the rest of the city.

Unfortunately, they may not be as immune as they seem. Beneath the sleepy streets is a troubling trend that’s quickly bubbling up to the surface. While gentrification debates have raged around neighborhoods like the Mission and SoMa, the Richmond and Sunset have been fighting their own battles against housing rights, often without the support of the public eye.

“There is a perception that the west side is all middle-class homeowners, disconnected from the tenant struggles and organizing happening in the rest of the city,” says Dalia Yedidia, a long-time resident of the Richmond District. “I, myself, had this view as someone who grew up on Dolores Street. But now that I live in the Richmond, I understand that it’s actually majority tenant.”

According to the Rent Board’s Annual Statistical Report, last year the Richmond saw the highest number of Ellis Act petitions, pre-buyout declarations, and wrongful eviction reports for tenants. The Sunset and the Richmond also had the highest numbers of owner move-ins for the second year running, one of the most common eviction types—in which landlords move-in to evict tenants to then later rent at higher prices—in San Francisco for rent-controlled units.

In reality, these struggles have always been present in these neighborhoods, but have escalated in recent years. Tenants are only now starting to organize against housing injustices and fight against evictions that may not be legal. Owner move-ins (OMI), for example, are evictions that are highly abused when landlords want to evict a tenant in order to raise the rent on a new one. However, according to the San Francisco Tenants Rights Union, many landlords attempt to evict tenants by giving them advisory or warning notices—a letter that says, for example, that the owner’s daughter will be moving back into the apartment next spring. Landlords send these letters hoping the tenant will move out when they’ve received a “warning.” But these notices are not legal eviction notices, and tenants should not act on warnings that an OMI is coming sometime in the future.

This is just one of many injustices that the Richmond and Sunset face. The Housing Rights Committee of San Francisco (HRCSF), an organization that fights for tenants’ rights, recently opened an office in the Richmond to offer free counseling for any housing-related issues, including rent control, SROs and public housing. They’ve also hired a housing organizer to tackle similar issues in the Sunset District.

Cynthia Fong, a community organizer at the HRCSF, is working to help tenants realize their rights when faced with evictions. Since the housing and renter landscape looks so different in the city’s westernmost districts, the tenants there face unique challenges.

“Right now in the Richmond, there are a bunch of single-family homes, or homes that were created to be single-family homes, that are actually two-unit or three-unit,” says Fong. “That’s something that doesn’t exist so much in other parts of the city. It’s part of the reason why the Richmond is still so renter-majority, because renters are living in units that may or may not be legal.”

Yedidia echoes similar issues. “Housing looks different out here,” she says. “Developments that happen in the Richmond are often too small to qualify for inclusionary housing, which means that newer developments often have no affordable housing. And the issue of evictions from in-laws or small units is only growing.”

Language barriers also present tremendous difficulties in the area, with many large non-English speaking communities living in both districts.

“An eviction is hard if English is your primary language,” says Fong. “It’s exponentially harder if it’s not, and your notice comes to you in English—which it often does because there are no legal requirements for a landlord to provide an eviction notice in the language of the tenant.”

“It has definitely impacted how comfortable landlords feel harassing their tenants,” says Fong. “Some landlords will flex their ability to harass the tenants in English, and know that they can get away with it because they expect the tenant will not exercise their rights, for lack of understanding.”

Hai Chi Vu, a former resident of the Richmond District for 12 years, saw many instances of this before his own family was forced to move. “A lot of tenants who are low-income are at risk because many are new immigrants with language barriers, working families with young children, and seniors,” says Vu. “Tenants aren’t as informed about their rights due to complex legal languages, and are unable to hold landlords accountable. Folks are fearful to confront landlords and lose their homes.”

The HRCSF urges tenants to contact them for support. The organization offers counseling in English, Spanish, Cantonese, Mandarin and Russian.

Beyond this, the Richmond and Sunset are still facing many familiar issues of gentrification. While both districts are historically affordable neighborhoods, there’s no question that rents are rapidly on the rise, forcing many tenants to seek cheaper places to live.

“The bottom line for a lot of property owners is that now, it’s a very lucrative time to sell your property or to find new tenants,” says Fong. She explains that California’s Costa-Hawkins Act favors landlords, though advocacy groups, such as Tenants Together and Alliance of Californians for Community Empowerment, work for stronger renter protection. “Part of the reason is that in California, we don’t have any vacancy control. State law prohibits that from happening. There is organizing at a state level to help procure that law, but right now, there’s nothing that prevents the landlord from evicting the [existing] tenant and raising the rents as high as they can for the new tenant. And that’s a story we hear so often at this point.”

For Vu, this presents a troubling issue. As an employee of the Community Youth Center in the Richmond, he often works with young students and families that have been affected by rising rents.

“Over the course of a year, some move away to more affordable neighborhoods such as the Portola, Excelsior, Bayview and Visitation Valley,” says Vu. “Many of my students will have to commute across the city to continue school. Since many of our youth and their families are new immigrants, affordable rent is what is keeping their families in the city.” 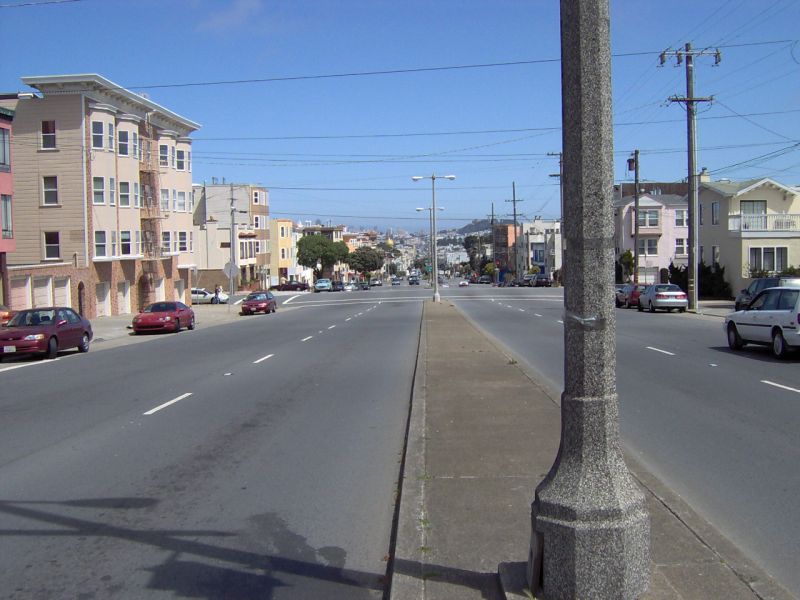 Although faced with immense challenges, the residents of both districts are resilient and remain optimistic. Says Yedidia, the most important thing for tenants is “definitely just knowing your rights, and what landlords can and can’t do. Organizations like the Housing Rights Committee are crucial to forming a strong community of tenants, so we can defend each other and assert our rights.”

Vu agrees, encouraging those who are interested in helping to volunteer with the HRCSF. “Residents can get educated through attending workshops on tenant rights. Most importantly, we must look out for our neighbors who may be facing evictions and hold landlords accountable.”

“Like every neighborhood in the city, [these neighborhoods] have a rich culture and identity, which I’m glad community members are active in preserving,” he says. “Gentrification is an ongoing problem, but I believe that the community can respond to changes proactively and creatively.”